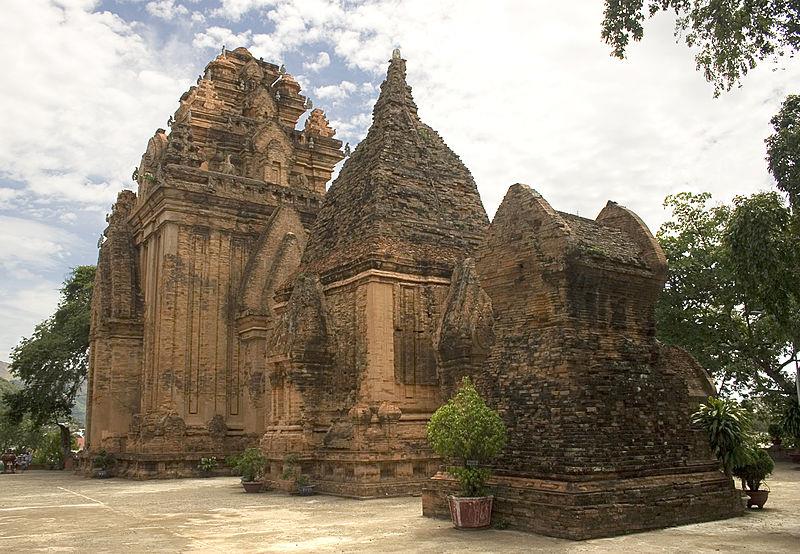 - Only 4 km from Hotel.
- The tourist can going to Ponagar Temple by taxi or motobike only 10 minutes.)

"Situated in Cu Lao Hill, overlooking the South China Sea, Po Nagar Cham Towers is a typical tower-temple of Cham ethnic minority, which was built from VIII to XIII century. It is considered as the most wonderful scenic spot in Nha Trang.

Po Nagar Cham Towers is typical architectural works of Cham sculpture and architecture. Particularly, construction techniques from VIII to XIII century is currently still a mystery though numerous researchers and scientific works have been carried out. In particular, the architectural ensemble still preserves numerous priceless ancient inscriptions of Cham people. Po Nagar Cham Tower is honored as national historical relics by Ministry of Culture in 1979. Thanks to its unique and excellent architectures, the temple-tower complex is the place of pilgrimage for believers to carry out the religious ceremonies, annually attracting a great number of tourists to take part in.

In addition, tourists also have the opportunity to admire Champa dances performed by Cham dance teams. Champa dances captivated tourists, actually giving a good impression when tourists set foot on.
Thanks to valuable remaining, from architecture to sculpture, inscriptions to legend, Po Nagar Cham Tower Nha Trang is worth a cultural-historical-artistic relics and an important scenic spot in Nha Trang tourism."